“Lurking Jaguar-Masked Warrior” (c. 250 to 600 CE), is believed to represent a ranking noble warrior rising out of a jaguar, a leading mythological figure associated with royal power. The piece is a recent discovery, on public view for the first time in the Maya exhibition. (Jorge Pérez de Lara © Jorge Pérez Lara)

Two millennia ago, the Maya of Mesoamerica created one of the most important civilizations in the history of humankind, about which we continue to learn with each passing discovery. Exhibit goers now have an opportunity to learn more about this intriguing civilization at Kansas City’s Union Station in “Maya: The Great Jaguar Rises.”

The exhibit takes its name from its centerpiece, “Lurking Jaguar-Masked Warrior,” dating to the Early Classic Period (c. 250 to 600 CE). The stucco mythological figure, among the rarest of recent discoveries, stands more than two feet high, is nine feet in length, and more than three feet wide. The masked effigy is believed to represent a high-ranking noble being transformed into a jaguar deity, usually associated with royal power, strength and artifice in Maya art and culture. If you look closely, you will see that the figure is wearing a skirt resembling a jaguar pelt with rare surviving patches of color then common to such sculptures. This restored jade maskette is believed to be from Peten, Guatemala, and dates back to between 200-900 A.D. The item is one of more than 300 artifacts on display for the first time ever in the United States at the “Maya: The Great Jaguar Rises” exhibit at Union Station.

At their peak — during the Classic Period — the Maya boasted a population of between 10 and 15 million, including some 40 cities with a population density unsurpassed anywhere in the world at the time, spread across Guatemala to Mexico, Belize, Honduras and El Salvador.

Theirs was a civilization that excelled at agriculture, building elaborate irrigation systems and terraces; lovely pottery; hieroglyph writing; remarkable astronomy; calendars, one of which was the most accurate of its time; mathematics, including invention of the number zero; cities of monumental stone architecture with plazas, temples and pyramids; vulcanized rubber used in its unique sport, ulama; and, last but not least, chocolate!

With nearly 300 objects, many of which have never been seen in the United States, the exhibit provides cultural-ecological insights not only into Maya high culture, but also into the daily lives of a deeply religious, polytheistic people and their rituals of worship of various gods of nature, including the sun, moon, rain and maize (corn), from which the gods created humans.

Highlights include a ceramic vessel with images of two richly dressed, dancing maize gods dating to the eighth century CE, and an elaborate jade mask, adorned with green jade stones, conch shells and obsidian. Masks like this were placed on the heads of deceased kings and other nobility, along with other adornments, to accompany them into the afterlife. Another striking object, a delightful incense burner in the form of an older goddess wearing a snake headdress and holding medicinal plants, dates to the Classic Period, and is believed to represent the patron goddess of midwives.

Presented by Bank of America, “Maya: The Great Jaguar Rises” is produced by MuseumsPartner in collaboration with the National Museum of Archeology and Ethnology and La Ruta Maya Foundation in Guatemala and supported by the Ministerio de Cultura y Deportes de Guatemala.

“Maya: The Great Jaguar Rises” is tentatively scheduled to continue at Union Station, 30 W. Pershing Rd., until the end of January. For more information and tickets, 816.460.2091 or unionstation.org. 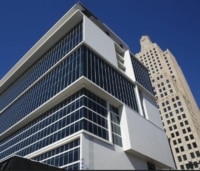