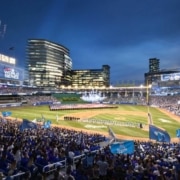 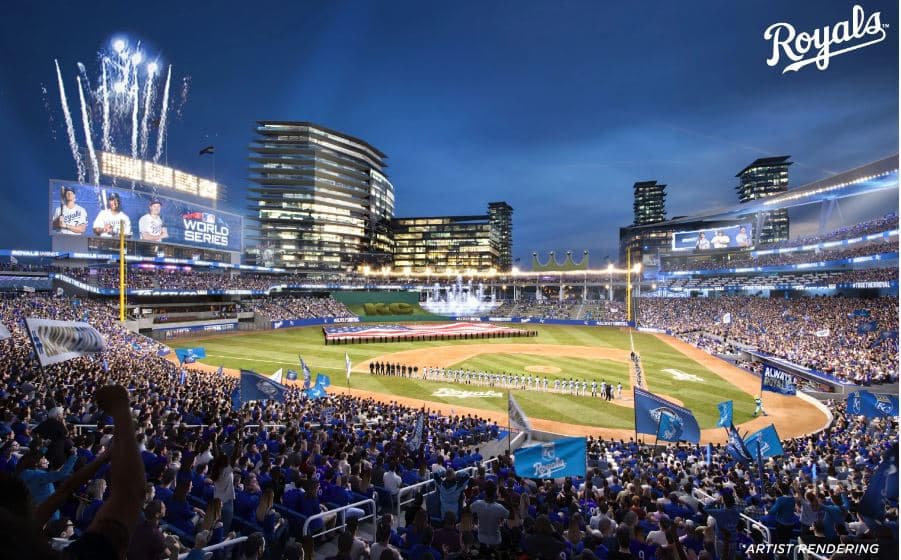 A rendering, provided by the Kansas City Royals, of what a new Downtown Kansas City ballpark could look like.

Baseball grew up in America’s cities. Early ballparks, like Kansas City’s Muehlebach Field and Municipal Stadium, were embedded in urban neighborhoods around Downtown.

Beginning in the 1950’s nearly all Major League ballparks across the country, including Kauffman Stadium in 1973, relocated to the suburbs. This trend began to reverse toward the turn of the 20th Century, as a new wave of downtown ballparks became a beloved part of the renewed urban fabric.

Kauffman Stadium provided an incredible return on investment to our city and region over the years. It is a part of all our lives and we all carry positive memories of the stadium over the years – including four World Series and two World Championships.

Mr. Sherman’s announcement about his vision for the future of the franchise opens the door to a new era of local baseball memories. Kansas City has the opportunity to build a state-of-the-art ballpark with enthusiastic owners who value a community experience.

We believe greater Downtown would provide an excellent home for the Royals and the greatest return on investment for our citizens, city, and region.

A Downtown ballpark will generate excitement and energy, ensuring a vibrant street-level experience that fans, employees, residents, and visitors demand of a 24/7 city. A new stadium and central location not only will provide more opportunities for our citizens, but also will lessen the burden and expense of transportation with proven Zero Fare transit systems for Royals fans and visitors.

Downtown is the fastest growing neighborhood in the metroplex. A downtown ballpark would not only accelerate residential growth, it would add to our arts and cultural amenities, and create more retail and employment opportunities.

While Kauffman Stadium has been a wonderful home these past 50 years, an urban stadium creates the opportunity for fans, families, and visitors to enjoy modern amenities and a location where baseball can be enjoyed by everyone.

The Downtown Council looks forward to working with Royals ownership and other partners to develop an innovative, premier baseball facility that will be a source of pride for Kansas City and to establish a thriving partnership with the ballpark’s neighborhood and community. 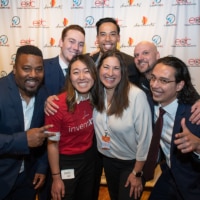