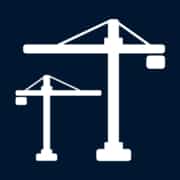 A Washington developer hopes to start cleaning up blight this year in a long-vacant downtown office building it looks to convert to apartments in an $82.2 million adaptive reuse project.

The Bernstein Cos. on Tuesday won the City Plan Commission’s recommendation for its development plan to refurbish AT&T Inc.’s 13-story former headquarters at 500 E. Eighth St. for 263 new residences. The City Council is scheduled to review the plan later this month.

The developer filed the plan in late May, about two months after it secured a 10-year, 75% property tax abatement through the city’s Land Clearance for Redevelopment Authority. Bernstein initially planned a smaller unit count, at 225 apartments.

Current plans for the former AT&T building call for 99 studios, 80 one- and 84 two-bedroom apartments. In late July, Bernstein told downtown neighbors that it has not yet determined rents for the market-rate units but has said average rents for all unit types are projected around 87% of the city’s median family income.