The Kansas City Comets are preparing to play their next regular season home game against the Tacoma Stars at T-Mobile Center on Saturday, marking the second time the Comets have played in the heart of Downtown KC.

The game will be called by Downtown Council member Erik Bergrud, Park University and FOX4 Kansas City anchor Nick Vasos on MASL-TV.  The Comets are off to a 6-0 start to the 2021-22 Major Arena Soccer League season.

Kansas City, often called “the soccer capital of America,” recently entertained a delegation from FIFA as the final step in a multi-year bid process to host matches during the 2026 FIFA World Cup. In North America, there are currently 22 cities (including Kansas City) bidding to secure World Cup games, of which 16 will be chosen. FIFA is expected to announce its selection by the end of the second quarter in 2022.

“Our region’s passion for soccer is exemplified not only by the strong attendance of professional and amateur sporting events, but also through thriving youth and recreational leagues,” says Kathy Nelson, president and CEO of the Kansas City Sports Commission. “As local organizations – like the KC Comets – continue to invest in soccer, there’s never been a better time to be a fan.”

The last time the Comets played at T-Mobile Center was back in 2012 when the team faced off against the Wichita Wings and had 9,000 fans in attendance. As was the case in 2012, this week’s game coincides with the United Soccer Coaches Convention, which takes place up the street at Bartle Hall from Jan. 19-23. The convention is the largest gathering of soccer coaches and administrators in the world and is expected to draw over 10,000 attendees along with hundreds of exhibitors.

‘Into the Light’ – The Kansas City Museum opens a new exhibition which shines light on victims of human trafficking.

Arts & Entertainment is brewing in Downtown

Harry Potter & The Order of the Phoenix @ Helzberg Hall

The Black Creatures will be live @ The (Folly) Lounge 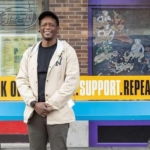 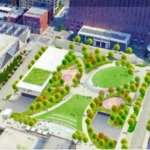