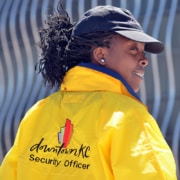 An extraordinary social media post on June 9 turned into a rousing and heartfelt show of support for the Downtown and River Market Community Improvement District Ambassadors last week. And, two days later, it prompted a news story on KSHB-TV 41.

The post lifts up the CIDs as an effective, proven means of community policing. Thus far, it has received nearly 2,000 likes for Downtown business owner Dan Walsh, who operates two Spokes Coffee / Cafe/ Cyclery locations at 1200 Washington and 929 Walnut. He is a member of the Downtown Council and a volunteer board member of the Downtown CID

“That post has gone crazy,” Walsh said. “I think it is so hard for folks to imagine what an alternative model (of policing) looks like. You guys are doing it, and with such great success.” The post is reproduced below.

You all realize there is an alternative model for community policing that takes place in downtown Kansas City every day? The Downtown Community Improvement District (an organization funded by downtown residents and businesses) has dozens of community ambassadors that patrol the street each day and provide security for public institutions like the library.

They carry handcuffs, pepper spray and radios only. If there is a confrontation at the bus stop between two folks-they take care of it, if a homeless person falls ill to the heat they call the ambulance and wait with them, if I have a person is panhandling in my shop I call them to move them along. They work in the community, they know the players on the streets and on the corners, and the practice positive pro-active community engagement to keep downtown safe. If an incident ever gets out of hand their first call is to the police but from what I see they are able to eliminate 90%+ non-violent situations and save the police a heck of a lot of headaches. A large percentage of their time is taking up with people with mental illness, the homeless, and transient populations.

We call them the Bumble Bees because their uniforms are yellow and black. If something goes wrong in my neighborhood, these unarmed community officers are always my first call-not the police. Before you get too caught up in the semantics of “defunding” the police you should come see an example of what alternative policing looks like. (and, btw, the KCPD loves them because it takes a bunch of rinky-dink stuff off their plates)
—
To learn more about the Downtown and River Market CIDs click here or call 816-820-3475 to request an Ambassador.
June 15, 2020/by Mike Hurd
https://www.downtownkc.org/wp-content/uploads/2022/05/safety_03_sq.jpg 800 800 Mike Hurd https://www.downtownkc.org/wp-content/uploads/2017/05/DowntownKC_Logo_REVoutline.png Mike Hurd2020-06-15 12:57:072022-05-11 15:07:09Scoop – Facebook post touts CIDs as model of ‘community policing’
Morning Scoop – ‘Let’s Dish’ + 5 ways to explore Do... 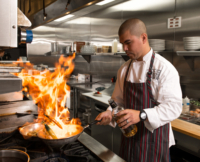