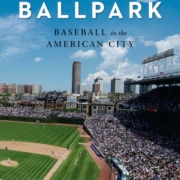 Kansas City was “lucky” 15 years ago not to build a downtown ballpark, when the Royals lease was last up, but that’s all changed now, according to Paul Goldberger, author of the new book “BALLPARK: Baseball in the American City.”

The Pulitzer Prize-winning architectural critic who wrote for The New York Times, the New Yorker and now Vanity Fair was the keynote speaker at the Downtown Council Annual Luncheon Thursday.

“Kansas City was hoping the ballpark would jump start a whole Downtown renewal, which probably was too much to expect,” Goldberger told the 1,000 people at the Kay Barnes Ballroom in the Convention Center. “Baseball can contribute an enormous amount to downtown, but it can rarely do the job of initiating an entire downtown renewal by itself.

“Now however, it is a different time. It is a time to consider actually building a downtown ballpark. Kansas City has a Downtown that is filled with demand, filled with activity, filled with all the things you need for a ballpark.” 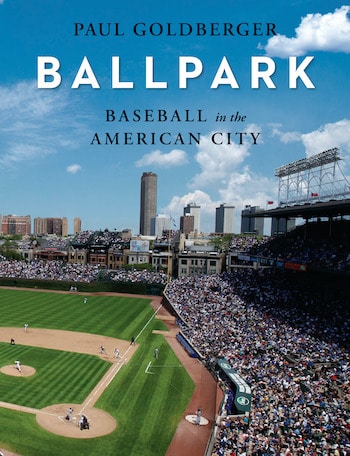 Goldberger’s observations come at pivotal time when the idea of a downtown ballpark is back on the community agenda. John Sherman, the new Royals owner, has expressed support should the right deal come together.

The Royals lease at Kauffman expires in 2031, which sounds a long ways off, but not when it comes to back timing the several years it will take to assemble land and design a new ballpark should that option be chosen.

Goldberger’s talk reviewed Kansas City’s preeminent role in the sports architecture world and how baseball’s return to downtowns around the country – beginning with Camden Yards in Baltimore in 1992 – has returned the game to its urban roots.

“The story of our ballparks is the story of our cities. That is the premise of the book I just wrote,” he said. “We lost touch with that for several decades when we were building almost everything we could in the suburbs to accommodate the automobile.

“Ever since Camden Yards brought baseball back to the city, we now have extraordinary array of great urban ballparks in our own time.”

Truman Sports Complex, which opened in 1973, temporarily gave Kansas City a lead role in reversing what Goldberger referred to as the “concrete doughnut” era of sports facilities following World War II that combined football and baseball.

“It’s one of the only incidents in those years, Dodger Stadium being the other, where the city chose not to give in to wrongheaded fad of creating mixed-use stadiums,” he said. “Kansas City went against the grain and built separate stadiums.”

The pioneering design of Kauffman and Arrowhead by local architect Charles Deaton working with the firm of Kivett & Meyers launched the city’s sports architecture reputation. It led to the creation of HOK Sports in 1983, now Populous, and several other spinoff firms.

But the city has not kept up.

“For all the historical and architectural importance of this (Truman Sports) Complex, it has one significant shortcoming by the standards of today,” he said. “It’s in the wrong place, disconnected from the energy of the city.

“There’s a a strong and vibrant downtown today that continues to strengthen in so many ways, yet you do not have what Pittsburgh, Cleveland, Cincinnati, Baltimore, Denver, San Francisco, San Diego, Minneapolis, Houston and Seattle have, which is a recently constructed baseball park as a part of this renewed urban fabric.”

And while the city missed out on the downtown ballpark renaissance of the 1990s and early 2000s, that delay may have worked in its favor.

Goldberger said the latest trend is for downtown ballparks to built as part of a larger redevelopment plan, reducing the need for public subsidies.

“The key trend is helping to pay for ballparks, not by taking excessive advantage of municipal funding but instead by…allowing the team to support the project in part by allowing it to develop adjacent real estate.” Paul Goldberger described PNC Park in Pittsburgh as the best ballpark to have been built in the U.S. since 1914. (Image from Populous)

He mentioned Wrigley Field in Chicago, where the team owner is redeveloping its surrounding neighborhood, and Busch Stadium in St. Louis, where the Cardinals have teamed with the Cordish Company to build what’s called Ballpark Village, as examples.

“It’s an idea that makes potential sense in Kansas City,” he said. “Now, as opposed to 15 years ago, is the right time to build a downtown ballpark because now it’s easy to imagine enough demand to build additional commercial and residential structures around the ballpark to help support it.

“That would allow the ballpark to be a catalyst of development rather than a recipient of municipal welfare. So my hope is that you build a ballpark that could be no place in the world but Downtown Kansas City. Strengthen the core and use a baseball park to do it.”

In a related matter, Pendulum, a small architectural firm at 1512 Holmes, released what it described as an unsolicited video rendering of how a downtown ballpark might look in the East Village. Pendulum’s background includes experience designing minor league ballparks.