The global guru of commercial real estate, Spencer Levy, lived up to his reputation when he addressed the record audience at the Downtown KC Office Summit. on Sept. 25 at The Gallery event space in the Power & Light District.

And, he has the experience and travel portfolio to support his guru cred. Levy is the Chairman, America’s Research and Senior Economic Advisor for CBRE, the largest commercial real estate services company on the planet.

“I never considered Kansas City to be anywhere close to an institutional-grade investment until I visited it late last year,” Levy told The Baltimore Sun in June.

“I was so surprised with its new light-rail system, the billions of dollars it is putting into its airport, and the growth of the Power & Light District (developed by Baltimore-based The Cordish Companies) that I recommended it (KC) to a Canadian pension fund investment adviser. To my surprise, Kansas City was already on their radar screen, as part of an ‘emerging market’ strategy in the United States.”

A record attendance of Downtown and KC business leaders and investors served as an enthusiastic audience for Spencer Levy and the entire Office Summit.

As the keynote speaker for the third annual Downtown KC Office Summit, Levy painted a statistical picture of the U.S. economy, the investment world and the essential tools that every city needs in order to grow and prosper for the foreseeable future.

“Great cities in America weren’t always great. They did something to help them turn the corner.”

The balance of Levy’s talk focused on the “somethings” that KC leaders and investors can consider for Kansas City to elevate its game in the near- and long-term future.

Three things matter most in every market on the planet: For small markets, like Kansas City, these three elements will allow you to thrive in a slowing growth world.

The Downtown Council presents the summit each year to draw a bead on the hottest commodity in Downtown’s escalating revitalization – the commercial office market. The Office Summit was considered a sell-out in each of its first three voyages. 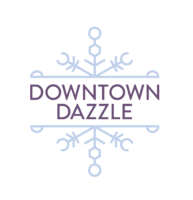