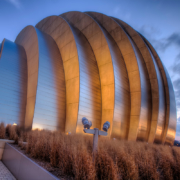 The Lyric Opera of Kansas City opens its 2019/2020 season this weekend with a Mozart-inspiried, risqué rom-com at the Kauffman Center for the Performing Arts.

From the launch of the Lyric Opera season to a performance by Carrie Underwood to a good, old-fashioned food crawl, this looks to be titillating and tasty week ahead in the Big Town. Roll the highlight reel for what’s happening in Downtown KC – Monday to Sunday, Sep. 16-22:

City Market, 20 E. 5th St. This week, Grub Crawl, the annual foodie adventure, is baaack, from 6-8 p.m. Saturday. Sample your way through 18 (and counting!) food vendors, and enjoy live music between bites. Tickets must be purchased in advance online at https://grubcrawl2019.bpt.me/. Don’t wait … the ‘Crawl is an annual sell-out!

Crossroads KC, 417 E. 18th St. This week, Bow down, mere mortals. The Rock Gods will pay tribute to rock legends who wrote and played the soundtrack to the best times in our lives at 8 p.m. Friday; and Monsters of Mock featuring music of The Cars, Heart and Bad Company will keep the party blazing beginning at 8 p.m. Saturday.

Crown Center, 2405 Grand – Coming, KC Oktoberfest, presented by KC Bier, a celebration of Bavarian heritage modeled after the traditional Munich Oktoberfest in Germany on Oct. 4 & 5. KC’s largest Oktobertfest celebration will feature world-class music and entertainment, menus crafted after the genuine tastes of Bavaria, and family-friendly games and activities inspired by those played in Europe.

Folly Theater, 300 W. 12th St. – Coming, the 37th annual Folly Jazz Series will present An Evening with Branford Marsalis – one of the most influential and respected figures in contemporary music – at 8 p.m. Friday, Oct. 4. The evening will begin with a JazzTalk at 7 p.m., featuring Steve Kraske of KCUR’s Up-To-Date.

Kauffman Center for the Performing Arts, 1601 Broadway. This week, the dazzling center will present four performances and events, including:

Knucklehead’s, 2715 Rochester. This week, KC’s hottest honk tonk will be rockin’ with 12 shows this week, including Lee Fields & The Expressions with Neal Francis at 8 p.m. Friday; Ozomatli rockin’ the house with Latin/Fun/Hip-hop and everything in between beginning at 8:30 p.m. Friday; and the Atlantic Express at 8:30 p.m. Saturday.

Municipal Auditorium, 301 W. 13th St. This week, Gracias Christmas Cantata – the musical event  designed to instill audiences with the true meaning of Christmas – will light up hearts and minds at 7 p.m. Friday. Presented by the Gracias Choir & Orchestra, the local showing is one of 30 performances nationwide. For free tickets, call 816-384-1633 or email kc@iyfusa.org.

The Truman, 801 E. Truman Rd. – This week, Highly Suspect with special guest Slothurst will take the stage at 8 p.m. Tuesday.

Union Station – 30 W. Pershing Rd. This week, featuring Stonehenge – this remarkable experience has begun its last few weeks in KC. Guests travel back in time – more than 5,000 years –  to discover remarkable stories of the prehistoric people who lived, worked and were buried in the landscape around Stonehenge.  Open daily  through Sept. 29, click here for ticket information.

The world premiere production of ‘DNR’ continues through Sunday at The Living Room Theatre in the Crossroads Arts District.

LIVE THEATER – This week, a peek behind the curtain reveals four productions happening this week: