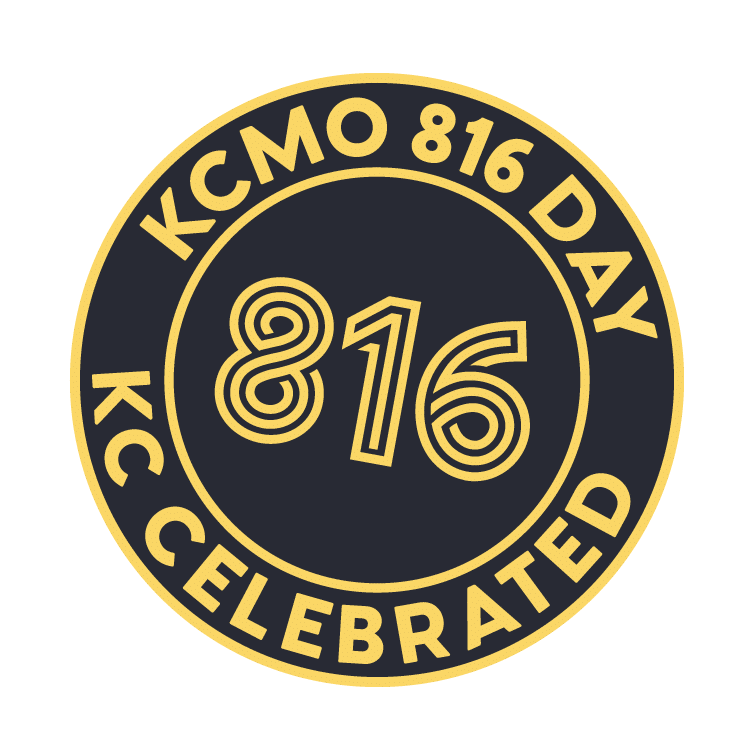 This week will feature a feast of Arts & Entertainment activities in greater Downtown, including a smorgasbord of tasty delights on Friday, 8/16… 816 DAY. Roll the highlight reel for what’s coming to Downtown KC from Monday to Sunday, Aug. 12-18:

816 DAY – named after our local area code – is a day-long celebration of all things Kansas City this Friday, yes, 8/16. It is a simple, fun way to celebrate the KC spirit and the renaissance of Downtown. From the River Market to the Power & Light District, Union Station and throughout Downtown KC – from breakfast through happy hour to the evening – Downtown merchants have created a variety of food and retail specials to celebrate the day. Riding the KC Streetcar is a great way to visit most of the shops and restaurants. Visit the Downtown Neighborhood Association for a complete listing of specials and offers – including the featured Kemet the Phantom performance at City Market – all at www.dnakcmo.org/816-day or visit www.facebook.com/816day.

Crown Center, 2405 Grand – This week, Kansas City Taste – a food and music festival – will feature more than 30 restaurants, wineries and distilleries showing off their most creative dishes and drinks, as well as live music – with Cherry Bomb – and cooking demonstrations. Festivities will run from noon to 10 p.m. Saturday in Crown Center Square.

KC Public Library, 14 W. 10th St. This week, the Central Library will revel in Mars Attacks in the Off-the-Wall Film Series at 8 p.m. Friday; will Rediscover Kansas City’s Pioneering Mothers in a talk by author Cynthia Prescott, a University of North Dakota historian, at 2 p.m. Sunday; and bask in the artwork of Ralph Steadman, an exhibition that continues through Sept. 8.

John Hiatt will light up the night sky with The Eclipse Sessions this weekend at Knuckleheads.

Knucklehead’s , 2715 Rochester. This week, the hottest honky tonk in KC will be blazing with 7 shows this week, including John Hiatt performing solo/acoustic The Eclipse Sessions with special guest Logan Ledder at 8:30 p.m. Friday.

Galantis – the Swedish electronic dance music production, songwriting and DJ duo consisting of Christian Karlsson and Sander Lyngbø will light up the Coors Light Block Party on Friday at the Power & Light District.

Sprint Center, 1407 Grand. Up next, Banda MS – the award-winning Mexican group from Mazatlan is set to perform at 8 p.m. Friday, Aug. 23.

The Truman, 801 E. Truman Rd. – This week, Buckcherry will rock this city with special guest Joyous Wolf at 8 p.m. Thursday.

Union Station – 30 W. Pershing Rd. This week, Stonehenge lecture – Direct from the award-winning Wiltshire Museum in Devizes, England, renowned British archeologist David Dawson will make a rare North American appearance and deliver a fascinating morning lecture Friday, 816 DAY only at Union Station Kansas City in conjunction with the current Stonehenge exhibition. Guests will be invited to travel back in time – more than 5,000 years –  and discover remarkable stories of the prehistoric people who lived, worked and were buried in the landscape around Stonehenge.  As well, Dawson will present the latest science that’s unraveled ancient mysteries of this enigmatic World Heritage Site. This one-hour presentation begins promptly at 10 a.m. Friday in Union Station’s spacious Regnier Extreme Screen Theatre and is free with the purchase of a full-priced exhibition ticket to Stonehenge: Ancient Mysteries & Modern Discoveries.

LIVE THEATER is thriving on Downtown stages, including three productions this week:

The Lin-Manuel Miranda musical ‘In The Heights’ is lighting up the MTC Theater at Crown Center.