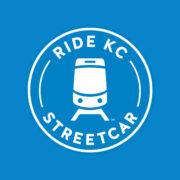 The KC Streetcar recorded its 5 millionth ride last weekend in its first 28 months of services to Downtown KC.

The KC Streetcar logged its 5 millionth ride last weekend, as Downtown Kansas City was flying high with activities and events. This milestone was reached in less than 2 ½ years of service, since the streetcar became operational in May 2016.

In its 28 months of operations, the KC Streetcar has traveled 305,128 miles with a daily ridership average of 5,806. Each streetcar averaged 76,282 miles and 34,673 trips per vehicle. The summer months tend to be the busiest for streetcar ridership, with July 2018 being the highest ridership month to date with 262,593 total rides, that’s an increase in 31,000 rides from the previous July, according to Donna Mandelbaum, communications director for the KC Streetcar Authority (KCSA).

Ridership is important but so is safety and reliability. The KC Streetcar has an average on-time performance of nearly 95 percent and an employee safety record of 863 total days injury free. The KCSA monitors and tracks daily ridership on board the KC Streetcar.

Streetcar ridership, otherwise known as “Unlinked Passenger Trips”, is the national standard used by the Federal Transit Administration for calculating usage on public transportation systems across the county.

KC Streetcar ridership is calculated by Automated Passenger Counters located over each door of each streetcar vehicle. Passengers are counted each time they board vehicles no matter how many vehicles they use to travel from their origin to their destination.

More information about KC Streetcar ridership can be found http://kcstreetcar.org/ridership.

As response to the demand in ridership, the KC Streetcar Authority ordered two more streetcar vehicles for the Downtown route. Those vehicles should arrive in 2019. Later this year, streetcar shelters will be installed at the North Loop stops at 7th and Main Street as a direct response to ridership in that area.

Additionally, the KC Streetcar Authority, along with the City of Kansas City, the KC Area Transportation Authority and Port KC, are planning for future streetcar extensions north towards Berkley Riverfront, as well as the Main Street Extension to UMKC.