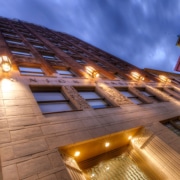 Guest Commentary by Bill Dietrich  – The Kansas City Star, published March 15, 2018Maintaining existing affordable housing stock and increasing that inventory are critical for the sustainability and continued growth of greater Downtown Kansas City. We’ve come a long way from the blight of the late 1990’s, but have much work still to do.

In greater Downtown Kansas City today – 31st Street north to the Missouri River, and State Line east to Woodland –  residential housing density is among the lightest of any of our peer cities and many new opportunities remain.

To place Downtown on the path to a long-term, balanced mix of housing inventory will require an updated revitalization strategy. Kansas City has accomplished most of the plan that was published in 2000 by Sasaki Associates. The Downtown Council agrees that it is time to update this plan.

The cost of housing is on Kansas City’s mind because on March 22, the City Council is expected to consider two measures concerning affordable units in future apartment projects from The Cordish Companies. To be successful, strategies need to be based on accurate information. So, here is what the data say, according to federal figures:

These data paint a picture of a Downtown with a healthy mix of affordable and market rate housing.

With its residents paying a median 41 percent of their income for housing and transportation, versus 48 percent in the whole city, Downtown rates as the most affordable neighborhood in our region, with 53 percent of its population a cross section of African American, Hispanic, Asian, Native American and those of mixed ancestry –  almost twice as diverse as any other part of our region.

And, currently, 41 percent of the 26,000 residents in greater Downtown are millennials – the largest percentage in any neighborhood in the metropolitan area. As you move away from the city center, the percentage drops to 26 percent for Kansas City and 22 percent for the greater region. Younger generations are our future and we must be competitive to retain them.

In 2000, only those in the vanguard of urban living were willing to pay below-market rents for an apartment in an amenity poor environment.  That is not the case today with arts, culture, entertainment, retail, streetcars, employment opportunities.

Today, the greatest threat to affordable housing begins with the state of Missouri’s ill-conceived refusal to allocate funds for Low-Income Housing Tax Credits, or LIHTC, which are essential to the development of new affordable inventory.

Right now, a 400-unit LIHTC, rent-restricted, affordable housing project planned for the Central Business District is unable to advance without those credits. We should be sounding the alarm. An effective strategy would be to unite as a community to educate legislators on why affordable housing and these tax credits are so important.

LIHTC obligations on existing inventory will be expiring over the next several years.  Property owners will be reviewing their options on what the next iteration will be: continuing as affordable, converting to market rate or another use. Many will determine that the upward delta in rent doesn’t justify the investment required to make their properties competitive.

Understanding the importance of affordable, workforce housing, the Downtown Council remains committed to working with the city and community to develop a comprehensive plan promoting affordability. We are steadfast in our dedication to attracting new jobs and residents, and growing the tax base within a diverse, affordable and walkable urban community.

Bill Dietrich is president and CEO of the Downtown Council of Kansas City.