A fashion show for wearable technology, like this one from a previous Techweek, will be one item on the KC agenda in September.

Techweek, the nation’s leading technology conference and festival showcasing and enabling innovation ecosystems, on Friday announced the addition of Kansas City to its roster.

The inaugural Techweek Kansas City will take place Sept. 14-20, 2015 and will be presented in partnership with the Downtown Council’s Launch KC initiative that was also announced on Friday at the DTC’s Annual Luncheon. The event’s core conference, expo and startup competition will take place on Thursday, Sept. 17 and Friday, Sept. 18. It is expected to attract up to 2,500 attendees.

Kansas City has been home to rapidly growing technology community bursting with new startup activity and venture capital investment. Techweek’s expansion to Kansas City will enhance the local technology and entrepreneurial landscape by bringing influential tech companies and leaders, startups, and investors together for the open exchange of ideas and conversation.

High-Profile Speakers: Influential leaders and influencers in technology will cover topics including innovation, entrepreneurship, trends, and more as it relates to both the L.A. technology community and beyond. There will also be a number of exciting panels on topics that include social innovation and impact, big data, green technology, fashion, sharing economies, and more. More information can be found at techweek.com/kansascity.

Hiring Fair: Whether searching for a new, exciting role or looking to bring an idea to fruition, the Hiring Fair is all about matching talented candidates with the right jobs. The Hiring Fair will bring some of the best companies in technology, ranging from startups to well-established brands together with highly qualified job seekers. Attendees who bring a resume will also be granted complimentary access to the Hiring Fair.

Hackathon: The Techweek Kansas City Hackathon will be a one-day marathon filled with innovation and development. Talented developers, designers, and entrepreneurs will participate in an all-day frenzy of fun, camaraderie, and coding.

Techweek Grand Tour (GT) – This event will provide attendees with an interactive tour of the most innovative office spaces in Kansas City. The GT is a unique opportunity to exchange ideas with local executives and learn how company culture is enhanced.

“There is a palpable sense of opportunity in Kansas City, and it is in a prime position to highlight its rapid growth and support of its technology community,” said Iain Shovlin, Chairman of Techweek. “Now is the right time to partner with key supporters of technology in Kansas City to spotlight its unique environment which as fostered innovation and entrepreneurship.  We look forward to our first annual Techweek Kansas City in September, and are certain it will be a smashing success.”

“We are delighted to welcome Techweek to Kansas City and to our efforts to accelerate the tech scene here,” said Matt McGraw, chairman of the LaunchKC steering committee for the Downtown Council, and president and CEO of DSI, the global software company located in Downtown. “The LaunchKC business model competition and grants awards will be the centerpiece of Techweek Kansas City. This is a great opportunity the elevate Kansas City’s brand nationally as an innovation center.”

Techweek is a 7-day technology conference and festival that celebrates and enables innovation ecosystems in five cities across the country: Chicago, Detroit, New York, Los Angeles, and Miami. With Techweek as a conduit, a spotlight is able to shine on each individual technology community, providing entrepreneurs, innovators, influencers, and visionaries to share ideas, sparking game-changing conversations and inspiring action.

LaunchKC is a business model competition for tech startup firms. Introduced at the Downtown Council’s Annual Luncheon on Jan. 9 – just moments before the Techweek Kansas City announcement – LaunchKC will attract tech entrepreneurs locally, regionally and nationally to apply and compete for up to 10 (ten) $50,000 non-dilutive grants, mentorship, transitional work space and other incentives. LaunchKC will serve as a nonprofit civic engine in the Kansas City tech scene.

LaunchKC is designed to strengthen the growing Innovation District in Downtown KC. The concentration of more than 400 “brain-powered” businesses in Downtown provides a fertile foundation for germinating new ideas and launching innovative businesses. The density of this tech district is an economic game-changer destined to create jobs, attract talent, unlock value and engage private investment in Downtown Kansas City. 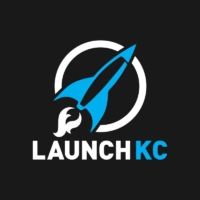 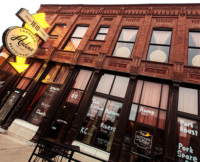 Lunch Bunch to dine in Crossroads on Wednesday
Scroll to top