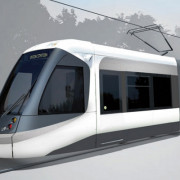 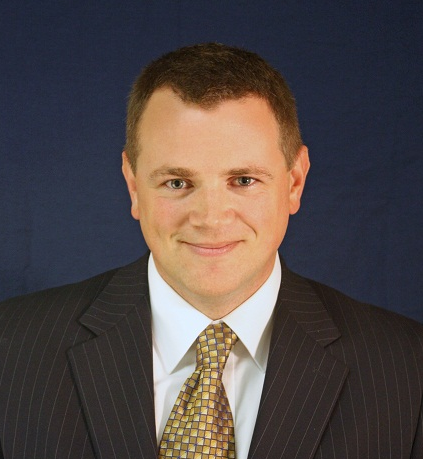 Thomas Gerend was selected today as the first executive director of the Kansas City Streetcar Authority.

“I couldn’t be more excited. I want to thank the Streetcar Authority for this amazing and humbling opportunity,” Gerend said. “I look forward to working with the Authority Board, the City of Kansas City, and all of the stakeholders involved to help make this project a success.”

The KCSA will operate the streetcar once construction is complete in 2015. The KCSA is a nonprofit corporation established in 2012 to oversee operations and maintenance of the entire system, as well as ensure stakeholder and neighborhood involvement.

While at MARC, Gerend was responsible for managing, directing and advancing the agency’s long-range transportation plans, including the KC Streetcar. He led the region’s efforts to win the $50 million federal Transportation Investments Generating Economic Recovery (TIGER I) Program grant, and secured critical funding to launch KC Streetcar’s initial planning. He also served on the Streetcar Authority’s Technical Committee and NextRail KC’s steering and technical committees.

Gerend, a native of Rockford, Illinois, earned his MBA from the University of Illinois and his undergraduate degree in Community and Regional Planning from Iowa State University in Ames. Prior to moving to the Kansas City area for the MARC position in 2006, Gerend managed the Land Use Planning and Transportation Division for the Tri-County Regional Planning Commission in Peoria, IL.

“The Board selected Tom from among a slate of several local and national candidates.  We were impressed by his ability to think broadly about the economic impact of transportation initiatives as well as his passion for the success of the Kansas City Streetcar in particular,” said Tom Trabon, chairman of the KCSA board. We welcome the leadership that Tom will bring to us on a daily basis.”

When it becomes operational (forecasted for late 2015), the KC Streetcar in Downtown Kansas City will be a modern transit solution to fill a long-noted gap in the city’s resurgent downtown.

The two-mile, north-south streetcar route (approximately 4 miles round trip) will operate on City streets in Downtown, and will include 16 stops, spaced roughly every two blocks. This project will support the City’s long-established goals to make the corridor a place where people can live, work, shop and be entertained.

“I truly believe the streetcar will help to redefine our region’s public transportation system and will serve as a powerful catalyst for the continued growth and redevelopment of downtown,” Gerend said.

The KCSA conducted a national search for its first executive, working with EFL Associates, an executive recruitment firm in Leawood. EFL contacted more than 600 individuals regarding this position. The search began in early March and concluded today with a vote by KCSA board members to offer the position to Gerend, subject to entering into a mutually satisfactory contract.

Gerend is expected to begin work as the new executive director in mid-July.